Isabelle Chardon and her husband Guy from France visited on a glorious sunny day in June (2018). Isabelle is a descendent of Sir Hugh Paterson (find out more about the house history here) who built the House nearly 350 years ago. Although having been in Saint-Domingue (modern day Haiti) and then France for over 200 years, Isabelle’s family have always remembered their links to Scotland and Bannockburn House in particular. Not least because the family settled close to Versailles where the Jacobites in exile, in France, had been centred for more than 50 years before the battle of Culloden. Isabelle holds extensive family records dating back to the time of Sir Hugh.

Returning to the home of her ancestors was long an ambition of Isabelle’s which is now realised. She has been researching her genealogy and this visit brought it all to life for her. She and Guy declared themselves incredibly impressed by the work that has been done by the Trust and volunteers since the buyout by the community in December 2017.

Anne Monaghan of the History Group welcomed them early to the House for a tour which covered three centuries of occupation. It was a real journey through time as we imagined the people who had lived here throughout the years. Starting off in the Victorian extension, we proceeded through the Wilson rooms and from there to the Laundry and Kitchen.

In the kitchen you can clearly see the three main periods of the House on the floor with flagstones (17thcentury), then cement floors (18thcentury) then finally Victorian linoleum which has been identified as an old pattern from Nairn’s of Kirkcaldy.

A look in the old Wine cellar caused Isabelle and I to wonder what wines may have been stored here and enjoyed by Sir Hugh and his family. Some French wine maybe? Was Prince Charles Edward Stuart entertained with fine wines during his visit in 1746? Perhaps a glass or two were raised in celebration with him after the Battle of Falkirk?

Onwards and upwards through the rooms we went, admiring the wonderful 17th century plaster ceilings which seem to have direct links to those in Holyrood Palace. The grandest one graces the Laigh Hall, once the ceiling of the Drawing room. There was hardly a room missed out and finally before we went back downstairs we tarried in the room occupied by Prince Charles Edward Stuart (Bonnie Prince Charlie) in 1746. This was of particular interest because of the connections of both Isabelle and the Prince to the area around Versailles.

The wonderful weather also allowed us to explore the extensive gardens. This included the area that is known as “Clementina’s” garden, which a member of the garden volunteer team kindly showed us. Clementina Walkinshaw was the mother of the Bonny Prince’s only legitimate child Charlotte.

Isabelle and Guy then met with some of the volunteers present before reluctantly leaving to continue their travels.

To say I had been excited to meet Isabelle and Guy was an understatement. It was a wonderful feeling to hear first-hand from a descendent of the first owner of the house about her family history and connections.

What an interesting day!

It was such a pleasure to have met with them and we hope to welcome them back in the near future! 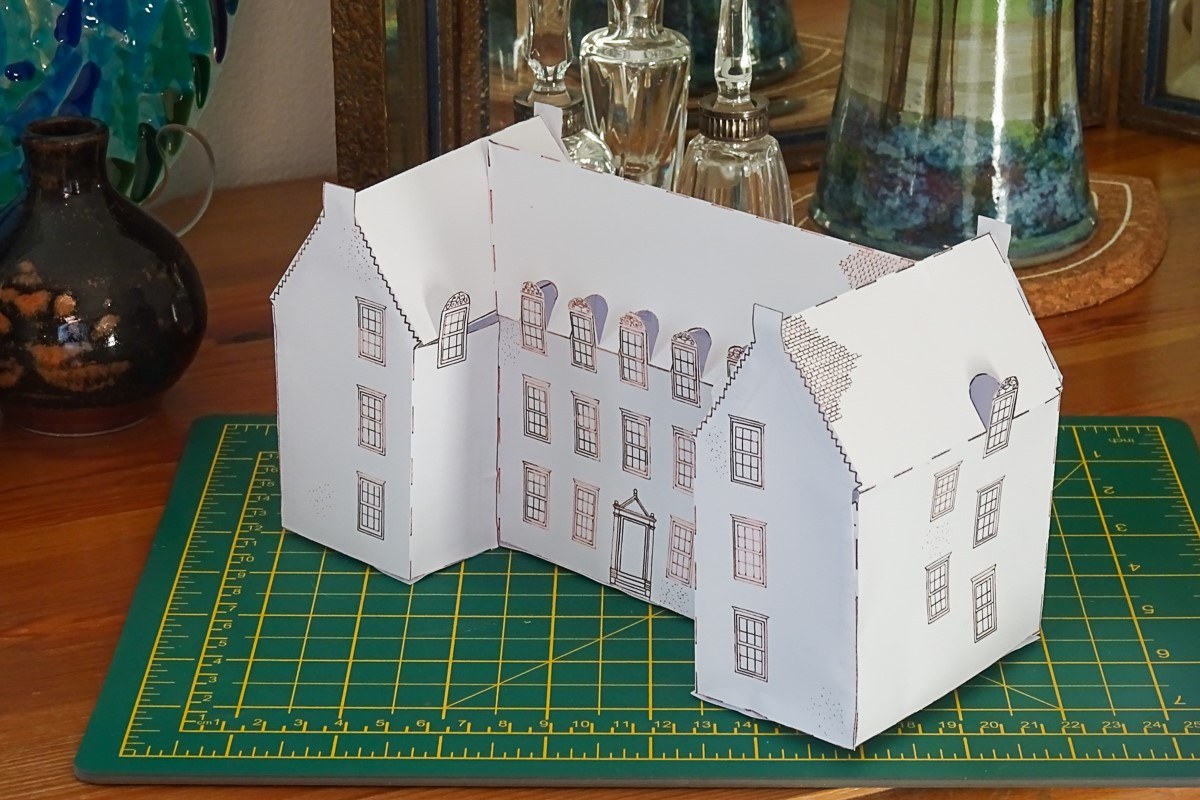 Blog by Anne from the History team

To receive the latest news from Bannockburn House, please fill out your details below.
← Come to our Victorian Garden Party Voices from the Past →
BOOK NOW
X
X