A month-long celebration of all things tartan will take place in Stirling this August, marking 200 years since a ‘ban’ on traditional Highland dress was lifted by King George IV. 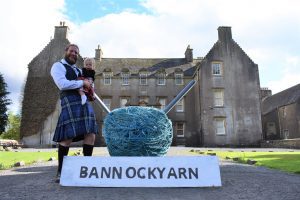 Tartan Fest celebrations will kick off on Saturday 6 August with a two-day yarn festival at historic Bannockburn House in association with Coorie Creative; a local weaving and crafting charity formed to help people who are socially isolated or have experienced trauma or loss.

The magnificent 17th century mansion was once home to master tartan weavers the Wilsons of Bannockburn – who are famed for the invention of the clan tartans.

Funds raised by the festival will go towards the restoration of Bannockburn House, which was bought by the local community in 2017.

“The Royal George Mill, built by the Wilsons in 1822, stands to this day next to Telford Bridge in the heart of Bannockburn.”

Ross added: “The Wilsons were once the foremost tartan producers in the country, so it seems only fitting that Stirling’s first Tartan Fest kicks off here at the home of tartan with BannockYarn.”

Coorie Creative are supporting BannockYarn with their expert knowledge of the yarn scene.

Director Mairi Breslin said: “Yarn is enjoying a renaissance and we can’t wait to get more people hooked with our first annual yarn festival, BannockYarn.

“We’re bringing together some of the biggest names in yarn making as well as new makers from across Scotland.

“The event will be held within a marquee within the beautiful grounds of Bannockburn House, and we’ll be running a series of taster workshops throughout the weekend.

“There’ll also be a chance to book a tour of Bannockburn House, which was once used as Bonnie Prince Charlie’s Battle HQ.” 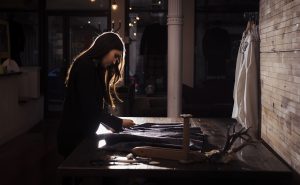 BannockYarn is part of series of events throughout the month, many involving local schools and businesses; with everything from tartan scarf workshops to tartan lectures with V&A Dundee, uncovering the fabric’s ‘chequered’ history.

Tickets for BannockYarn, House Tours and the evening lecture series are available now from www.bannockburnhouse.scot priced from £5.

To book all other Tartan Fest activities see www.coorie-creative.co.uk/tartanfest

To receive the latest news from Bannockburn House, please fill out your details below.
← And then the Rains Came Invitation to Tender- City Deal Green Book Business Case →
BOOK NOW
X
X