BEAUTY AND THE BEAST FROM THE EAST

September 14, 2020
← NURSERY IS ON THE RIGHT TRACK WELCOME TO THE HOUSE OF FUN: OUR BUSY EVENTS LINE-UP → 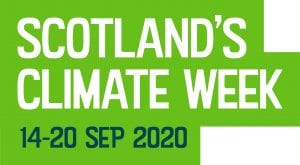 To mark Scotland’s Climate Week 2020 we asked gardener Margaret Pollock to reflect on the progress that has been made in the grounds of Bannockburn House:

For the last three years we have battled against the dense overgrowth in the kitchen garden at Bannockburn House.

When we started back in 2017 there was a forest of wild raspberry canes, nettles almost two metres high and willow-herb plants that looked like small trees. 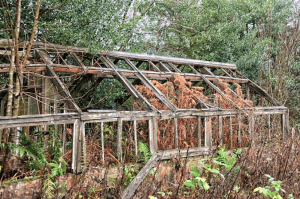 We spent that first winter cutting down plum saplings and other thick shrubs to expose the decaying shell of a beautiful old Victorian Hothouse. Sadly the wooden frame was seriously rotten and it seemed unlikely that we would be able to restore it. A few months later, the ‘Beast from the East’ caused it to collapse. The weight of the heavy, cast-iron winding mechanism, which had operated the windows, was too much for the weakened wood and the front gable fell in a tangle of warped metal and broken beams. The mainstay of the Victorian garden was no more, but even in its decay we could see that it had been special.

A WALK ON THE WILD SIDE

By late 2018, we had reclaimed about half of the central area and having obtained a lawnmower, we were able to keep the grass and weeds under some kind of control but the remainder of the garden was still seriously wild. 2019 saw us determined to make further progress. But we had no tools and no water supply. How could we make a garden? Fortunately, we received a grant from the Climate Challenge Fund and so the planning began. There were three of us, working two days a week, and it would take us a full year to turn it into a growing space.

There were trees to fell, hedges to cut, bushes to remove and endless weeds.The layout was designed, a water supply created, tools bought, rubble cleared, machinery hired. Skips full of glass, metal, rubble and general rubbish were removed and archaeology and planning applications submitted. Volunteers dug and pruned, weeded and burned, summer passed into autumn and slowly, but distinctly, the bones of a garden were beginning to appear.

ON THE PATH TO SUCCESS 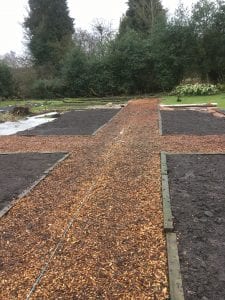 By February 2020, the polytunnels were up, the deer fence was complete and we had the first paths laid within the garden. All our paths are made from cardboard with a thick layer of woodchip on top and although they are not permanent, they are quite durable even in a wet climate.

We were planting apple trees when lockdown came along and then it all becomes a blur. At some point the seeds and young plants found their way into the soil in beds that we had created on top of the cardboard-covered weeds; the fruit cages were assembled and dutifully kept the marauding rabbits from the juicy green shoots; the sun shone, watering cans were emptied and filled and somewhere around Midsummer we realised that we had created a stunning vegetable garden in all its organised beauty. But we cannot take all the credit. Those early Baroque gardeners knew their trade. 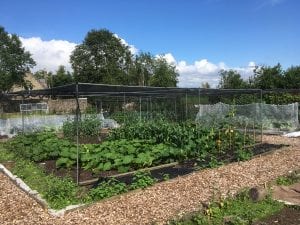 The south-facing garden is situated so it has maximum sunlight to ripen and sweeten the crops; the surrounding holly hedges create a sheltered microclimate and the rich soil, nurtured and fed over centuries, is the bedrock of this whole jigsaw. Modern technology has replaced hothouses with polytunnels so we can grow tomatoes, aubergines and chillies as if living 700 miles south. Selected varieties of blackcurrant that cope with our milder winters will still crop heavily. Blight resistant potatoes will help to combat this disease of damp summers and good, old-fashioned hard work will always win the day in any vegetable garden. 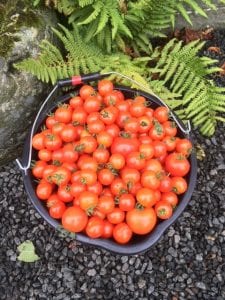 Homegrown food is fresher and tastes much sweeter than tired shop bought vegetables picked three days before and transported hundreds of miles. We are on a mission now to encourage you all to grow some of your own food or track down locally grown produce to cut your own carbon emissions.

We are what we eat and if we can turn our weed-ridden jungle into a productive garden, then we hope to inspire you to do the same.

To receive the latest news from Bannockburn House, please fill out your details below.
← NURSERY IS ON THE RIGHT TRACK WELCOME TO THE HOUSE OF FUN: OUR BUSY EVENTS LINE-UP →
BOOK NOW
X
X