It’s been a year like no other, but Bannockburn House History group have busted boredom in lockdown with their regular Monday online meets.

History volunteer Helen Rudland said: “When lockdown happened in March 2020 we switched to Zoom meetings.  This proved to be very successful and we now meet on the first Monday of each month.” 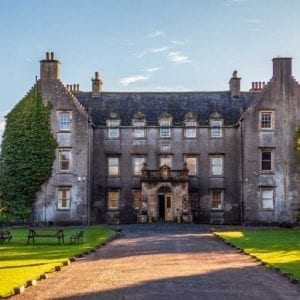 She added: “Despite the challenges of 2020 we held our first virtual event, participating in the digital Doors Open Days weekend in September.

“Members of the History Group worked very hard to put together videos relating to the House. This was a first for us so we weren’t too sure what kind of reaction we would get.

“We had talks about the history of the House from Anne, including the fountain which was found in the grounds, and a fragment of possibly Charles Rennie Mackintosh wallpaper from Hugh. While Robert gave an informative talk on the flags of the ’45.

“The videos were rounded off by Linda who told us about the ‘spirits of Bannockburn House’ – not the drinkable kind!

“Ross did an amazing job filming and doing all the ‘techy’ bits.  These videos attracted over 30,000 views worldwide – so we were obviously getting it right.”

You can still watch the videos here.

The History Group’s latest event was Jacobite January. Marking the month Bonnie Prince Charlie spent most of his time in the house ( January 1746) and local historical events around that time. 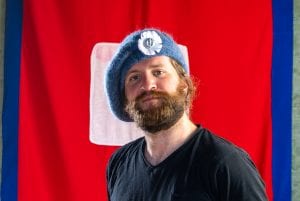 Helen said: “We decided to concentrate our efforts in one afternoon long event. The 1745 Association participated, as did the Battle of Falkirk Muir representative, Murray Cook Stirling Archaeologist, The Royal Oak Association and our very own experts Robert and Denis. They told us about the Skirmish on the Forth and gave a reading from Andrew Lang on the aftermath of the Battle of Falkirk Muir. Liz also demonstrated how to make the blue bonnets worn by the Jacobites and Ross showed how to wear it! This was another well watched event with over 10,500 views worldwide. The month concluded with Robert’s video on the explosion at St Ninians Old Parish Kirk.”

Most weeks someone from the History Group discovers something new about the House or the people who lived there.

Helen explained: “We recently discovered a photo of the Wilson Mills in Bannockburn which gives a good insight into the way the village must have looked – no Clean Air Act in those days that’s for sure.

“Robert Aitken also discovered the existence of documents relating to the will/testament of Sir Hugh Paterson.  Anne obtained them and Robert commenced transcribing them. They were written in the language of the time (1600s) and are not easily read. Even when some were transcribed, they were so full of old legal terms that it was still difficult to understand them.

“We found out that there are a few steps to be taken before it is possible to understand these old documents.  Step 1 is transcribe what you see, Step 2 put that into Modern English, Step 3 find out what they mean! It gave some of us the enthusiasm to learn to read and understand Old Scots to continue with it – so we’re opening up more avenues.”

The History Group has also been looking into the wills of the Mitchell family.

Helen said: “They had been very rich and owned shares in companies throughout the world. James Mitchell Snr. died while attending a Board Meeting, which was discussing the Redding Mine tragedy. Research into these papers is ongoing.

“We hope to give each family its place in a regular history blog series.  We are finding out more each week, but I doubt if we will ever really know the full story of this lovely old house.

“Covid-19 has meant that we could not go to visit any Archives in Edinburgh or Glasgow, but if things improve we hope to get back on the road soon. We hope to be able to find much, much more.

“Now at last it looks as if the Tours of the House can restart this summer. Watch this space!”